Contests and Sweepstakes: Do I Need Official Rules?

Quite often we get asked whether or not “Official Rules” are need for a specific promotion. Some clients and prospects think that it’s only a small “giveaway” and it doesn’t include a major prize, so why not?

Recently I was asked this question from a long-time client and when I reviewed what they wanted to do, it was quite complicated. It didn’t offer a major prize, but it did include two different ways to enter, on Facebook and Instagram, along with photo upload.

So the answer is always yes. Whether you are planning to run a sweepstakes (giveaway) or a contest, there are rules and regulations that you must follow in order to be compliant. Therefore you need to have a set of Official Rules that outlines the promotion and is your contract with the public. 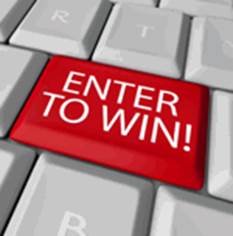 Back in June I wrote this post that reviewed the differences between sweepstakes and contests and what the major objectives are for running either of them. To summarize, sweepstakes are a game of chance where the winners are normally randomly chosen. Contests on the other hand are a game of skill and participants usually are invited to submit some content (photo, video, essay, etc.). A panel of judges then chooses the winners based on criteria that are defined in the official rules.

Also you need to know that any promotion that contains all of these three elements: Prize, Chance and Consideration (Purchase, Payment or Time) is an “Illegal Lottery” in the U.S. The Time element is the grayest area of all these. If you are planing to run a promotion that does include Consideration, then you must allow an alternate means of entry (AMOE).  Most social media promotions do not usually require consideration. However, writing about a product or taking a photo or video of the product in order to enter may be consideration.

For example, if the participant can take a photo of themselves with a product in a store, then a purchase would not be required. Or for example, if you’re asking them to take a photo of themselves with a pair of shoes “out and about the town” that would most likely require purchasing the shoes and therefore, Consideration. There is a fine line between the two. Another example is asking participants to take a photo while taking a bite of a doughnut or sipping a drink. They can’t return the doughnut or the drink then, so wouldn’t that require purchase? You need to ask if the participant can effectively compete without actually making a purchase.

Also a very popular trend on social media is inviting participants to earn extra entries by performing different tasks and challenges on various platforms. Not only do you need to follow the guidelines of each social media platform, you also need to keep in mind  the degree of effort that you are asking participants to perform to gain an entry. So how much time is too much and what can you really require? The Supreme Court did rule that watching a 30 minute TV show wasn’t too much time, so that’s a guideline to follow. But keep in mind that while awarding bonus entries for sharing/referring may not likely fall under consideration, it may be against Federal CAN/SPAM regulations.

Another thing to keep in mind is the FTC’s Endorsement and Testimonial Guidelines. They recently published a list of Q&A’s that state that when it comes to sweepstakes and contests, any incentive, no matter how minimal, such as an entry for making a post on social media sites, may be an endorsement. Thus it requires a disclosure. The use of the promotion title alone is not adequate, and they are encouraging including #Contest or #Sweepstakes or #Entry or a similar designation in a hashtag. The recent updated Q&A’s now states that using #sweeps as the hashtag is not enough and instead it should be #sweepstakes. 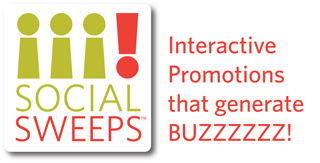 Another rising trend today on social media is running a sweepstakes or contest utilizing only a hashtag with no entry form. Entrants may be invited to post a tweet on Twitter or upload a photo on Twitter or Instagram utilizing a promotional hashtag. Many marketers like these types of promotions since it creates buzz and makes it easy for entrants. However, hashtag entries do not collect data on the entrants since there is no entry form to fill out. Data collection is the number one reason why marketers run sweepstakes and contests. Without collecting data this also can make it more difficult to contact winners. There are however, applications that you can utilize that include both such as what was discussed in this post.

So it all comes back to what your main objectives are for running a promotion. You need to consider what the risks may be and also be realistic in what you are asking participants to do. Most of all, be sure to cover yourself and your company by running a successful and legally compliant promotion that includes a set of Official Rules.