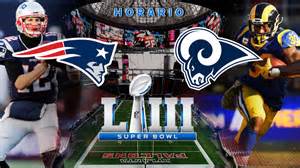 Last Sunday the New England Patriots won the Super Bowl 13-3 against the Los Angeles Rams. Is anyone really surprised? It has been referred to as quite the sleeper and not much on offensive from either team. By the fourth quarter, the game was tied 3-3 thanks to field goals. The Patriots finally scored the one touchdown and that’s when I fell asleep! It turned out to be the lowest-scoring Super Bowl game in history. Tom Brady now has more Super Bowl wins than any NFL player ever, Julian Edelman, their wide receiver, was the Super Bowl MVP and Bill Belichick became the oldest coach to get a Super Bowl ring.

Besides the ads, people were talking about how great Gladys Knight sang the national anthem. However, the consensus on Maroon-5 and Pepsi’s half-time show was not positive. Why Adam Levine took off his shirt and showed us all his tattoos was quite the distraction. And of course the other big NFL controversy, other than that missed call that ended the Saints season, was all the people, celebrities and activists, who didn’t tune in and boycotted this year’s game and tweeted #ImWithKap. 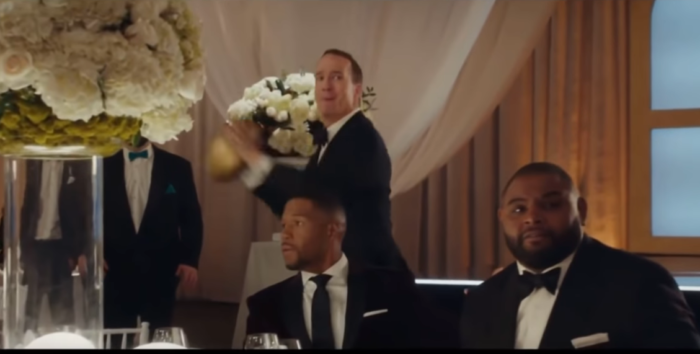 So back to the ads and promotions. Which ad was your favorite? Well accordingly to USA Today’s Ad Meter, the NFL’s “The 100-Year Game” commercial was the most popular. It was the first time the NFL has taken this top spot. The ad features popular NFL players, both old and new, at a dinner event to celebrate the league’s upcoming centennial, only to see the players turn into a humorous football game after a golden football fell from the top of a cake and someone yelled “Fumble”!  The NFL really needed that this year! 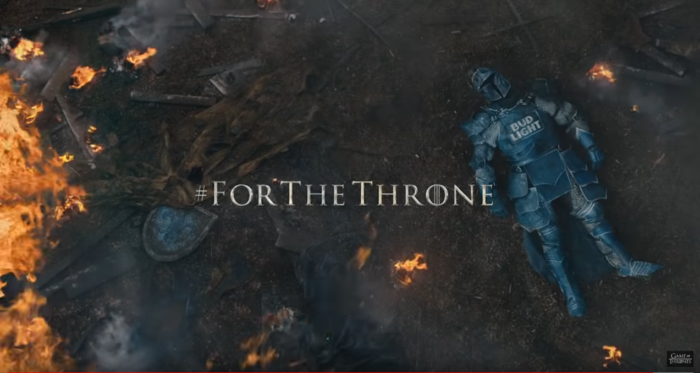 Amazon Alexa’s “Not Everything Makes the Cut” came in second place, Microsoft’s “We All Win” ad was next, then Hyundai’s “The Elevator” and #5 was Verizon’s “The Coach Who Wouldn’t Be Here”.

However the ad that gained the most buzz on social media during the game than any other according to Kellan Terry, who manages PR data for Brandwatch, was the Bud Light-HBO Game of Thrones ad. I didn’t even realize at first that it was the Mountain who slayed Bud Knight and it wasn’t till Daenerys Targaryen’s dragon appeared, along with the show’s theme music, that this was not just another Bud Light Dilly, Dilly ad.

One promotion that I haven’t written about yet was the Frank’s RedHot Put that Emoji on Everything Sweepstakes. The McCormick & Company-owned hot sauce dominated branded Twitter conversations during the game. Instead of spending $5 million on a Super Bowl spot, Frank’s RedHot ran this promotion on Twitter during the game that put a twist on its “I put that shit on everything” tagline by asking participants to “put that emoji on everything,” asking people to tweet the cayenne pepper emoji

(for Frank’s) during ads along with the emoji that corresponded to the category of that ad for a chance to win prizes. 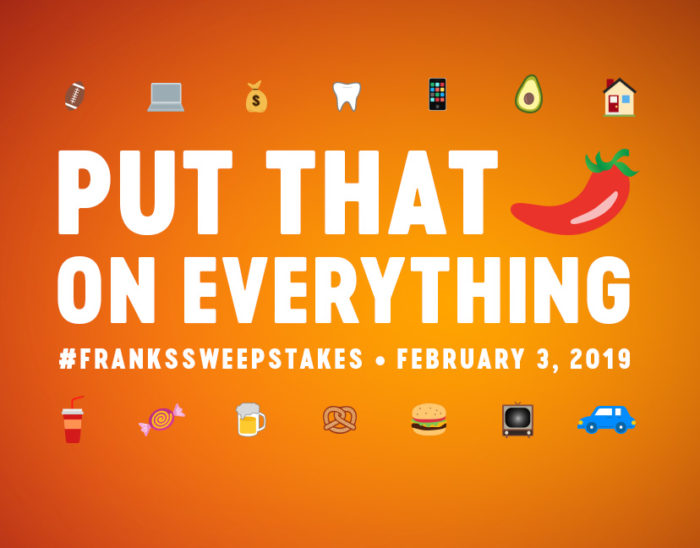 Participants had to use the hashtag #FranksSweepstakes in their tweet. Twitter’s #BrandBowl53 gave Frank’s RedHot the “interception award” for driving the highest percent of brand conversations during the Super Bowl without an in-game spot.

So we saw a few brands win by not having to spend $5 million on a Super Bowl spot. Bud Light and Game of Thrones combined one ad with the two brands and saved some money. T-Mobile also used their ads to promote their partnerships with both Taco Bell and Lyft.  Both of those included promotions for free tacos and free Lyft rides.

So there was some creative thinking to stretch the marketing budgets. Too bad the game was not a big winner, only to those that are Patriot fans. Yes, the Brady/Belichick QB/Coach duo is going down as one of the best of all time. We’ll have to see what next season brings. Hope you enjoyed my posts.