We welcome the New Year 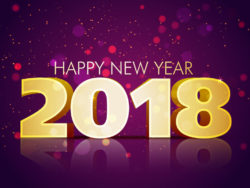 with sub-zero temperatures in Western New York. So hopefully it’s only going to get better from here.

present. The Bills won a Wild Card spot in the AFC by beating the Miami Dolphins in the last game of the season. However, they needed the Cincinnati Bengals to beat the Baltimore Ravens in their last game as well. The Ravens had come back to lead the game and the Bengals where driving down the field in the last minutes. It was 4th down with 12 yards to the goal and the Cincinnati Bengals quarterback Andy Dalton threw an amazing pass to the receiver who scored with no time left in the game. Buffalo Bills and their fans all went crazy.

For those that may not be aware, this win by the Bengals helped propel the Bills into the playoffs for the first time in 17 years which was the longest drought on record of any major sports team. The Bills sent the Bengals buffalo wings provided by Duff’s to thank them. One hardcore fan made a $30 online donation to the Andy & Jordan Dalton Foundation. He then tweeted about it challenging fellow Bills fans to “show Andy Dalton some love.” They sure did. The total amount of donations to the Daltons’ charity, which helps children and families in need in the Cincinnati area, is now over $315,000 reported by the Buffalo News.

Now the Bills play the Jacksonville Jaguars this Sunday in Jacksonville to see who moves on. We’d love to see the Bills win this game as well, but either way they made it this far in a year with a brand new coach and general manager.  And they finally ended the playoff drought!

We’ve started working with a new client, NatureSweet Tomatoes, and we’ve just kicked off their first sweepstakes with us that went live January 1. The Snacking for the Big Game Sweepstakes is offering a chance to win a 65″ smart TV while promoting their Sunbursts and Glorys.  We created their online form which participants can enter here at www.NatureSweetSweeps.com. 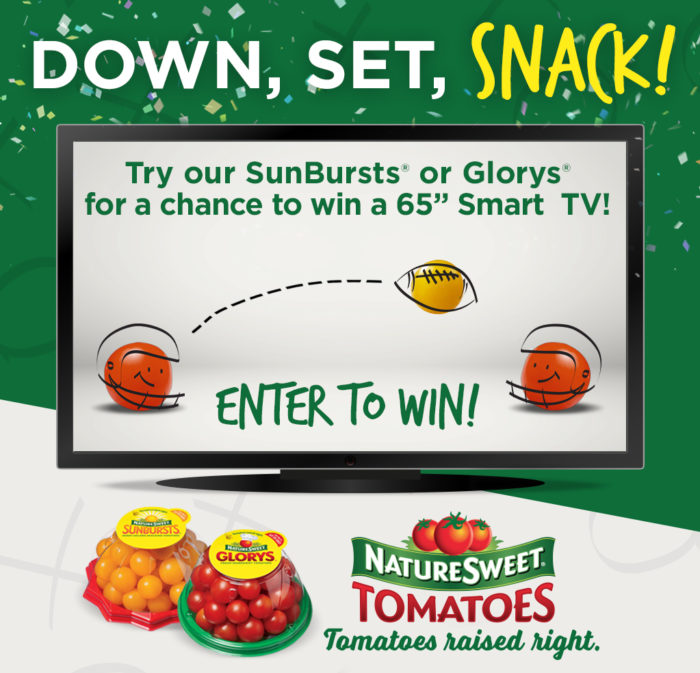 We are again using the Shortstack Application to build the entry form and collect all the entrant’s data. All of Shortstack’s entry pages are mobile friendly from the start with Shortstack’s “One Campaign for any screen” design philosophy. They added some new features to the platform last year that make adding CSS coding very easy for those of us that don’t have much programming experience. If you would like more details on how to set up a promotion utilizing the Shortstack platform, please feel free to contact me. It’s a great tool and it also includes a great team of support people.

NatureSweet is promoting this sweepstakes in various grocery stores with point of sale pieces that match the graphic seen here and online. The sweepstakes runs till February 10. By then we should know who has won this year’s Super Bowl Championship. The predictions are that the New England Patriots will face off against the Minnesota Vikings which will take place in Minnesota’s new stadium. The Patriots are the favorites to win. We’ll see!