What do you think will be this year’s best Super Bowl ad? 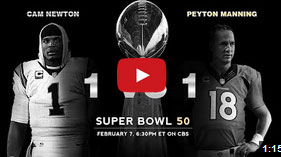 This Sunday the Carolina Panthers and the Denver Broncos will compete in Super Bowl 50 to be held in Santa Clara in Levi’s Stadium. I am eagerly awaiting the game which I’ll be watching from our living room couch. Check out this Panthers vs. Broncos Super Bowl trailer that the NFL recently posted. 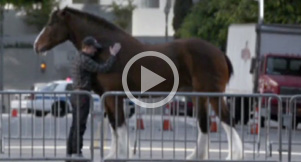 The battle over this year’s Super Bowl ads has been heating up, in fact there was even a “Super Bowl’s Greatest Commercials” show that was broadcasted on CBS on Tuesday evening. CBS invited people to vote for their favorite, all-time Super Bowl ad. The winner was Budweiser with their ‘Clydesdales Brotherhood’ ad that aired in 2013 as the Ravens beat out the 49ers. The ad also included Stevie Nicks singing Landslide. So that helped to really strike an emotional chord with many of us viewers 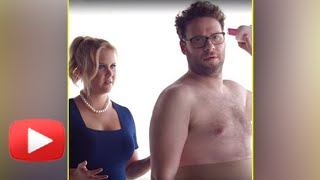 Budweiser has already stated that they won’t be airing any puppy ads this year, which was last year’s favorite ad, but that the Clydesdales will definitely be back. The brand’s sister, Bud Light,  has been named as this year’s winner so far when it comes to digital chatter ever since they released a Super Bowl teaser ad featuring comedians Amy Schumer and Seth Rogan. The two are getting ready for their Bud Light Party, and just in time for the Iowa Caucuses,  “party” apparently is a play on political parties.

Budweiser gets serious in this ad which teams up with Helen Mirren to promote the  #GiveADamn movement against drunk driving. Mirren says  “People who still drive drunk are, simply put, a utterly useless, oxygen wasting, human form of pollution….so stop it”. She ends with taking a sip of her bottle of bud with her burger and fries. 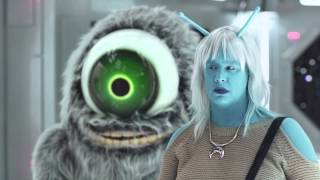 Avocados From Mexico decided to advertise during the game for the first time last year and they’re back for a second year. “A lot of the stress around ‘Is the Super Bowl right for us?’ That’s gone,” said Jay Russell, chief creative officer of GSD&M, the ad agency behind both commercials for Avocados From Mexico. But, he added, “In a weird way, it’s more stressful because you have to come back.” The brand recently released this year’s ad which is called AVOS in Space and featured here.

eMarketer released some stats this week that shows that viewers still like Super Bowl ads. They stated that according to the National Retail Federation, last year, 77.1% of consumers surveyed considered Super Bowl ads a form of entertainment. A tiny portion, just 4.5%, said the ads bothered them. Even though people are generally not annoyed by these commercials that doesn’t mean they’re necessarily giving them 100% of their attention either. According to a PricewaterhouseCoopers, 2015 survey, 11.2% of respondents said they always use a mobile device while watching TV in general. And 23.7% said they sometimes do so.

Some of this time that people are spending on their phones during the Super Bowl will be spent engaging with social media which they often share comments about the game and the commercials.“The Super Bowl drives an incredible amount of social media commentary and interaction,” says eMarketer principal analyst Debra Aho Williamson. “Advertisers want to be where their audience is, and that’s in social media. Last year, 65 million people worldwide used Facebook to talk about the game while it was happening, according to the company.”

So are you ready for some football? Between watching these two great teams, with two great quarterbacks, along with the Coldplay and guests halftime show, it should be pretty entertaining. Plus just announced today, Lady Gaga will help kick of the excitement by singing the national anthem. Oh and don’t forget about the ads.  I’ll be back next week with a recap to end my annual Super Bowl coverage.