New NFL Season kicks off this week along with new promotions 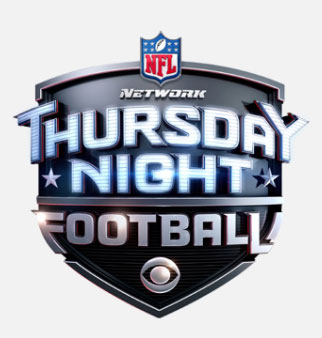 The return of a new NFL season start tomorrow. The Green Bay Packers will kick it off in Seattle against the Seahawks at 8:30 pm ET. NBC will be covering the Thursday night game this week, however it returns to CBS the following Thursday for a seven week run with some games also on the NFL Network. Thursday night football has become a big television event over the past few years and it seems strange that the different networks have partnered up like this. But that doesn’t stop all us fans from anticipating a new season, even when you team is up for sale!

We still get many inquiries from companies that want to run a sweepstakes around an NFL team or the Super Bowl and we try to explain that you have to be a sponsor of the team or the NFL in order to legally do this. The NFL and the individual teams have been getting tougher on enforcing this and if they find a promotion from a non-sponsor they can enforce a cease and dismiss order which states you must end the promotion immediately or you run the risk of being taken to court. Recently a client came to us wanting to launch a sweepstakes that offers a chance to win tickets to a specific NFL game this season. Even though they are not not planning to use the teams’ names in any of the communications, it still runs the risk of copyright infringement.

Anheuser-Busch  is one of the NFL’s largest sponsors who pay big money for their Bud Light brand to be the Official Beer of the NFL. They recently launched their Ultimate NFL Weekend Sweepstakes where each week one winner along with three friends wins a trip to any NFL game they choose for the following week. The Sweepstakes started on Sept. 1 and already the Week 1 entry period is over and today is the start of Week 2. Just visit the Bud Light website and click on NFL Sweepstakes tab to find the entry form. I picked the game I would like to attend, the Minnesota Vikings at the New Orleans Saints on Sept. 21 and entered.  Participants can enter the sweepstakes each week which goes till the end of the year.

The prize consists of the 4 tickets to the game of the winner’s choice along with round-trip coach air transportation, hotel accommodations for two nights in two rooms, ground transportation to/from airport, hotel, and to game, a $400.00 gift card to the NFL Team’s Pro Shop at the stadium, $400.00 in Stadium Cash, and $1,000.00 spending money. Total value of the prize is $15,000. The value of the total prize pool for the sweepstakes is over a million dollars.

After I submitted my entry I was invited to play the “Uprights for Whatever” game for a second chance entry. It allows you to try and kick the ball through the uprights, which I was really bad at and didn’t get even one. I guess the more you play the better you get at it. But I did get my second chance entry and had to finish this post, so perhaps next week I’ll try again.

For now I wish everyone a great NFL season and let the best teams win. I’m not betting on the Bills this year to finally make the playoffs, but you never know!