Coming from a mostly Italian family in New York we had an early pasta dinner every Sunday and the morning always started out with Frank Sinatra records playing on the stereo. So when I saw this promotion that is celebrating what would have been Frank Sinatra’s 100th birthday I couldn’t resist “spreading the news”!

Sinatra passed away 17 years ago and he would have been 100 this Dec. 12. Jack Daniels has launched this Toastmakers contest that invites fans to make toasts in the style of Ol’ Blue Eyes. Now through Dec. 12, people can visit TheToastmakers.com and the Jack Daniels Instagram account to see all the Sinatra-themed toasts.

Frank Sinatra passed away 17 years ago and he would have been 100 this Dec. 12. Jack Daniels has launched this Toastmakers contest that invites fans to make toasts in the style of Ol’ Blue Eyes. Now through Dec. 12, people can visit TheToastmakers.com and the Jack Daniels Instagram account to see all the Sinatra-themed toasts.

The Contest is awarding one Toastmaker the ultimate Sinatra-style weekend. The winner and four friends, the “Rat Pack” will receive a trip to Los Angeles then on to Vegas to spend the weekend hitting some of Frank’s favorite places along the way. This prize package consists of air transportation to Los Angeles, then a tux, or dress, fitting for all to attend dinner in LA (up to $1,000) along with hotel accommodations in LA for all five for a night. Then helicopter transportation from Los Angeles to Las Vegas and hotel accommodations for two nights in Las Vegas. 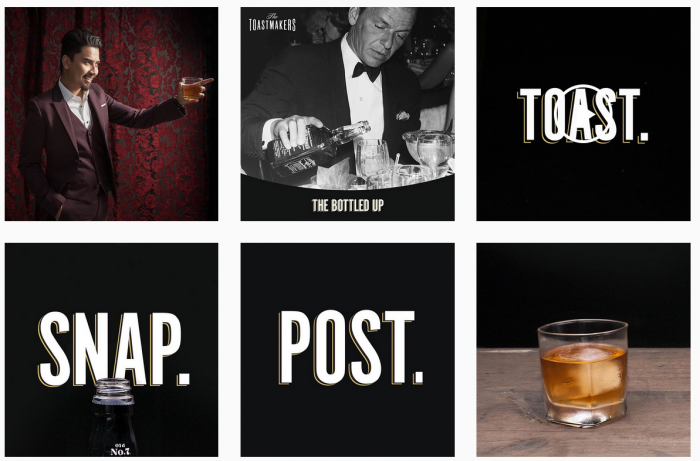 To enter participants need to TOAST, SNAP and POST. First they need to click the link in the @JackDaniels_US bio on Instagram to connect with the brand and verify their age. Then using Instagram, post one video or photo of their toast and include the hashtag #ToastSinatraContest.  A maximum of five unique entries is allowed during the contest period. Videos must be between 3-15 minutes in length.

At the end of the contest a panel of judges will determine the grand prize winner based on the following criteria:  30% Creativity, 30% Originality, 30% Relevancy to the themes of Frank Sinatra and Jack Daniel’s and 10% Technical quality of entry.

The brand has released a JD/Sinatra offering which includes a Jack Daniel’s Sinatra Century whiskey. A one-liter bottle of this limited-edition (100 barrels), 100-proof version, packaged in a gift box along with a CD of previously unreleased tracks of Sinatra performing live at the Sands Casino in 1966, which is selling for $499.99. A bottle of JD Single Barrel goes for about $45.

Frank stated in his Playboy magazine interview in 1963: “I’m for anything that gets you through the night, be it prayer, tranquilizers or a bottle of Jack Daniels.”

Rest in peace my friend and Happy Birthday.