Dove + Twitter partner for social change with #SpeakBeautiful and the Oscars 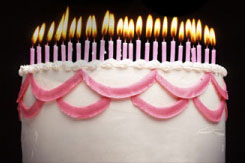 I am celebrating 8 years of blogging this week. My first blog post was published on February 27, 2007, on Donna’s Promo Talk which was my first real experience into the new world of social media. As a marketing professional my blog was to be written for other marketers to help keep us up to date on the latest promotions, trends and legal issues affecting the industry. As time went on social media grew and so did my number of posts on the integration of promotional and social media marketing. After 690 posts, the main focus of my blogging still remains true to my original mission.

I decided to write my first two posts on one of my favorite brands, Dove. The first post was about the Energy Glow Contest Dove was running and the next one was about a consumer-generated contest for Dove’s Cream Oil Body Wash. This contest invited participants to create and submit a video promoting the product which Dove would then run the winning video during the broadcast of that year’s Oscars. Now I’ve picked up a few traditions over the years that I follow, one which is to write about Dove each year on my blog anniversary. So this year is no exception.

Both of those contests were part of Dove’s “Campaign For Real Beauty” which they first launched in 2004 which now makes the campaign over 10 years old. Each year Dove has kept the campaign new and fresh and they continue to promote the campaign’s original mission which is to widen the definition of beauty and nurture the self-esteem of young girls and women throughout the world. Dove claims that they’ve made progress, but still have a way to go. 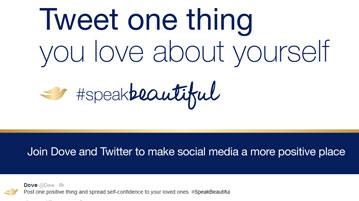 This year Dove introduced the #SpeakBeautiful initiative which builds on their Campaign for Real Beauty but in a real social media way. “With #SpeakBeautiful, Dove is asking women to consider the power of a single social media post.” states Jennifer Bremner, director of marketing at Dove.  “As a beauty brand … we believe it is our responsibility to inspire change for women on social media. Women today are 50% more likely to say something negative about themselves, than positive, on social media,” according to Bremner.

Dove started this initiative by posting this video featured below that also aired during the red-carpet coverage of Sunday’s Oscars. They’re inviting women to post on Twitter one thing that they love about themselves, or a friend, and use the #SpeakBeautiful hashtag. They claim that last year women sent over 5 million negative Tweets about beauty and body image and so now they’re asking women to join Dove and Twitter in this partnership for social change. 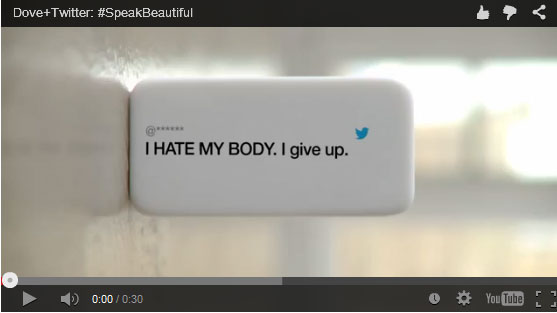 Dove’s video says that it “only takes one positive tweet to start a trend.” So they decided to take this one step further and tie it in with one of the most fashion-focused nights in television, the Oscars. As the stars hit the red carpet on Oscar night they encouraged Twitter users to go easy on the fashion and beauty advice. Dove ended up receiving nearly 30,000 mentions on social media, 91% of them positive, according to Amobee.

Using special technology Dove explained: “When a negative tweet is posted the technology sends non-automated responses to real women, which include constructive and accessible advice to encourage more positive online language and habits. Advice is coming directly from social media and self-esteem experts who are collaborating with Dove and Twitter to empower women to speak with more confidence, optimism and kindness about beauty online.”

I would like to thank all of you that have been readers and supported me over the years. I hope to continue blogging for sometime (and my coverage of Dove). My birthday celebration wouldn’t be complete without thanking my good friend and founder of the Lipsticking blog and BlogPaws, Yvonne DiVita, along with her business partner and husband, Tom Collins, for helping me get started. I’ll be joining them in Nashville this May as a speaker again for the 2015 Annual BlogPaws Conference. Check out the details about this great social media conference that includes many different sessions and speakers along with some adorable four-legged friends. If you’re interested in attending let me know and I can offer you a conference discount. Thanks again and thanks to all my old and new readers for sticking with me.