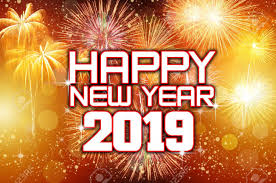 Happy New Year. I hope your holidays were great and you were able to share the time with family and friends. We’re now into the middle of our first full work week of the new year and the holidays are fading into our memories already.

Which means that were into the 2019 NFL Playoff season and a countdown to Super Bowl LIII. I normally take the first month of the year in this blog to discuss football and many of the marketing, advertising and promotional activities that surround it. So let’s start by who the teams this year are.

Last weekend were the wild cards games and we started with the Indianapolis Colts at the Huston Texans in the AFC which the Colts won 21 to 7. Next was the Dallas Cowboys at the Seattle Seahawks in the NFC which the Cowboys won by two points, 24-23! Then on Sunday we watched the LA Chargers at the Baltimore Ravens in the AFC which the Chargers won 23 to 17. The final game of the weekend is what has been the buzz this week since the Philadelphia Eagles beat the Chicago Bears by one point because of a missed field goal in the final seconds by the Bears kicker, Cody Parker. He stated after the game in an interview “You Can’t Make This Up” since the ball hit the goal post twice and then bounce back into the field.

So we now have the next round of games scheduled for this weekend which are listed in the screenshot below. The Kansas City Chiefs, New England Patriots, New Orleans Saints and the LA Rams all had a first round bye last weekend.

Super Bowl marketing actually kicked off last month with the launch of the Pepsi Super Bowl LIII Halftime Show Sweepstakes from Pizza Hut and Pepsi. They are both official NFL sponsors; Pepsi has been the sponsor of the Super Bowl Halftime Show since 2013, and the NFL’s official soft drink sponsor since 2002. Pizza Hut is in its first year as the NFL’s official pizza sponsor and they have teamed up on this promotion to encourage sales during the holiday season. Two grand-prize winners will win a trip to this year’s Super Bowl LIII for themselves and a guest to attend and view Pepsi’s Halftime Show from the field. In addition, fans who enter can also earn chances to win NFL gear prizes.

To enter the Sweepstakes fans must have purchased limited-edition Pepsi 4-Pack carriers, available at all Pizza Hut locations “while supplies last,” and enter a code from the product online or share their homegates on Twitter, using the hashtag #HutxPepsiSweepstakes. This sweepstakes ended on December 31 and winners are being contacted.

According to industry reports, CBS is charging more than $5 million per 30-second Super Bowl slot this year. Pepsi also gets 10 seconds of ad time in pregame programming as the sponsor of the Super Bowl halftime show.

The show’s featured performer has yet to be officially announced. Although Maroon 5 has reportedly been booked, PepsiCo is said to be struggling to finalize a lineup because big-name performers are declining to participate so as to show solidarity with Colin Kaepernick, the NFL quarterback who was fired for protesting police brutality against minorities by kneeling during The National Anthem. Rihanna and Cardi B are said to be among those who have declined to perform, and Maroon 5 is under pressure from fellow performers and civil rights groups to back out.

So we’ll hopefully get an “official” word soon on who will be performing at the show. I had read that the performers don’t get paid either, instead it’s a PR event for them to promote either a new album, tour, or both. As far as football goes, this weekend we should be entertained by some great games. I’m going with the Saints and Drew Brees to win it all the way!