I wrote my first blog post on my personal blog, Donna’s Promo Talk, on February 27, 2007. With today’s blog post, I... View Article 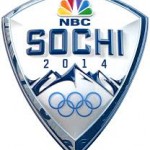 The Winter Olympic Games in Sochi are now way into their second week and Team USA has been amazing as well as... View Article

The Sochie 2014 Winter Olympic Games are now in full swing and will run through February 23, 2014. I became hooked right... View Article

Many had feared and predicted on how the weather was going to be a big factor during Super Bowl 48 and it... View Article

We use cookies to understand how you use our site and to improve your experience. By proceeding, you accept the use of cookies.Ok, I agreeTell me more